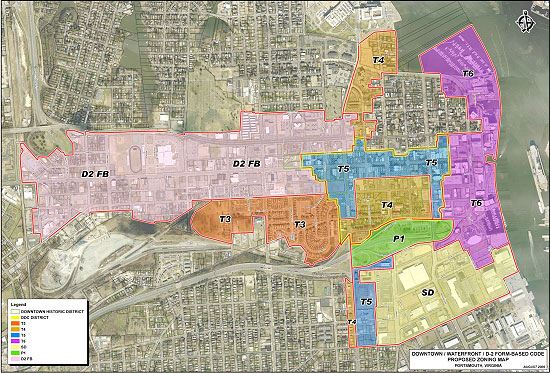 
In January of 2010, new regulations for the Downtown portion of the City of Portsmouth became effective. The areas in the above map that are labeled T3, T4, T5, T6 P1 and SD are considered the Downtown area of Portsmouth. That section bounded by yellow area is the section where Downtown Design Committee approval is required for most improvements that modify the exterior appearance of a site. These regulations adopted include: